Bespoke 4 Seasons Gardener & Gardening Services for Properties of an Acre or more.

The SOTG Ground team and Tree Division, out and about with the hand tools today.

(Josh my assistant with a few shovels & bags & me with the dog and the tree knowledge!)

Good conditions for Shadow the dog, light Blue skies, no cloud, gentle breeze and mid range of around 15 Degrees Celsius.  He was ready for some fun in the sun with lots of trees to sniff and lie under.

Once we had emptied the van of the heavy duty wheel barrow, tools and other cargo space clutter, we set off looking for our trees for the day.

Once I had selected the trees to come out, it was time to get physical.

Trees dug out, loaded onto the van, after I gave them a quick pruning and chop where needed.

Dropped off, potted up and job done in 2 hours.

After preparing the site, clearing debris and anything else that can be cleared.

Josh set at the task as he usually does, getting stuck in with a passion to clear around the root ball.

Then he set to with the long handled Roughneck (ROU68044 Sharp Edge Round Shovel, Long Handle).

Clearing the upper soil surrounding the Trunk and early Nebari.

Digging from outside the Tree Canopy towards the tree trunk.  Forming a rough bowl shape to dig out the edges of the root ball, and allow access to the thicker tap roots and other main or overly large roots.

Taking out another 3 Dawn Redwoods, which have grown to over 5 Meters; over the last 5 years.

We save as much of the main root ball as possible, but mostly focus on ensuring their are enough feeder roots; the finer more delicate ones that the tree takes in food and drinks with.

They are more important, so those are the reason we dig around that area with smaller, more delicate tools.  Well, delicate being a descriptive term in this case.  As the next tools are just as deadly in the right hands.

The Hori Hori or short handled spades and loppers will be next out to do their job. 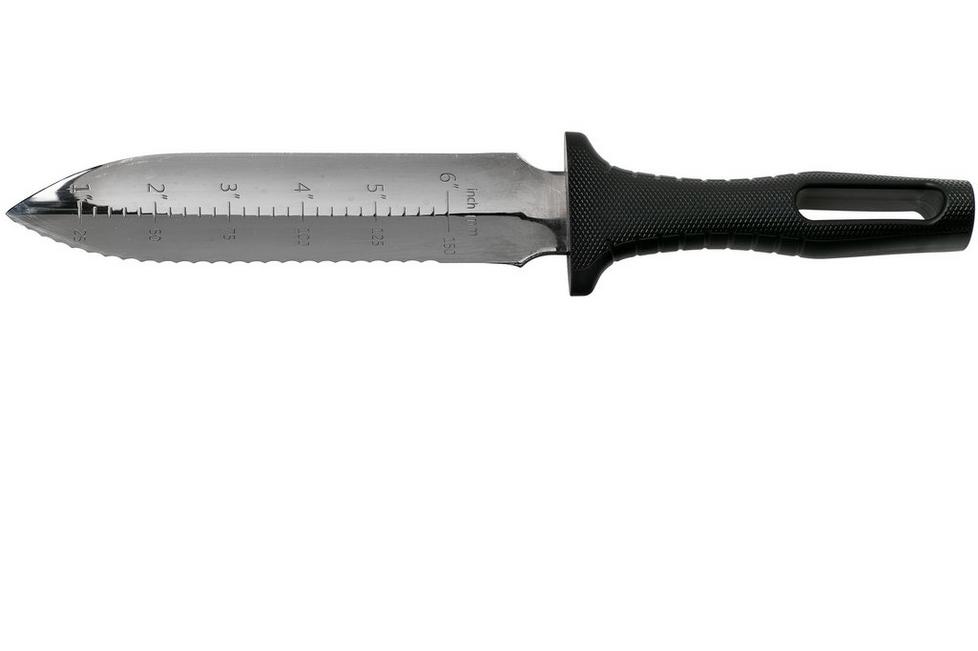 Chasing out the root ball and the tougher to deal with anchoring roots and main tap root.  That is the time where Josh starts to really get stuck in.  Once I have established where the root ball is, Josh can get busy clearing out the spoil and waste soil quickly.

This is where mother nature can be cruel or kind, a large moment of truth.

I know the area these trees have been grown since sown or planted; it is very open and exposed to a lot of strong winds.

It was one of the reasons these trees were grown where they have.  The wind has caused them to grow thick of trunk, stout in width, and have a solid trunk to then allow the tree to put on over 10 Meters of growth in their short life span.

I have topped them a few times over the years; so I have removed several Meters of height each time, and done so when required.

The soil they have grown in, is not that deep, only 30 – 45cm of soil; then underneath is Iron stone, so not easily penetrated, and roots look for easier ways when available.  So they have branched out and secured the tree early in it’s growth, it has then focussed on sending out a handful of thicker anchor roots; once those have grown and the tree felt safe…  It went for the sun.

It was given large amounts of sun when available and nothing else around it was able to compete with its growth spurts each year; so it had no competition other than the small group of other Redwoods it was sown and planted with.

Taking a sample of the soil the tree was grown in, to mix in with the new soil and aggregates it is about to be homed in; when it reaches its new container waiting for it at the bonsai studio.  So it has a soil mix that contains its native soil and any build up of good symbiotic systems are able to carry on with the tree and its next stage in life.

This site uses Akismet to reduce spam. Learn how your comment data is processed.

Shadow Of The Gardener

Shadow Of The Gardener

© 2023 Shadow Of The Gardener — Powered by WordPress

Theme by Anders Noren — Up ↑